HAILEYBURY, ON: Northern College is pleased to congratulate Haileybury Campus graduate Andrew Kennedy, the recipient of the 2022 Governor General Award for excellence in education. 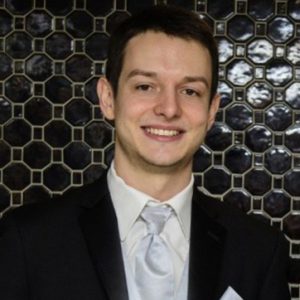 Across the four semesters of his Law Clerk program, Kennedy maintained a 4.00 Grade Point Average, or 97.17 per cent throughout his studies at Northern.

A graduate of Conestoga College, Kennedy worked in accounting for eight years before deciding to pursue another career path and an education with Northern College.

“When I had the choice to continue my endeavours in accounting vs. changing my path, I felt an immense pull to want to know more about something new and something that interested me,” stated Kennedy. “I, like many others thinking about transitioning careers, and especially myself being relatively young, felt a great deal of uncertainty and concern regarding my future.”

After careful thought and consideration, Kennedy made the decision to enroll in the Law Clerk program at Northern, citing the distance learning model and the opportunity to learn at his own pace.

“I could study on my own time and from home which proved extremely beneficial while working throughout the program,” stated Kennedy. “My professors took attention to understand that everyone’s situation and requirements were different, and they structured their teachings respectively. I was engaged in the learning process because of the varied areas of study, how they were being taught to me, and their logical order.”

That logical program structure proved to be extremely beneficial to Kennedy, and his excellent grades reflect that.

“Ultimately, I am incredibly humbled by my experience which has garnered me with an enduring sense of accomplishment through both my academic performance as well as my personal growth,” added Kennedy. “I feel like a stronger individual than before because of what I have learned. I primarily rely on how my work and contribution is received by my peers when determining my own success, and this award helps prove to myself that the hard work and commitment over the last 2 years will gainfully serve me for my lifetime.”

“It helps prove to myself that I can do it,” he continued.

Northern College is extremely proud of every graduate who crosses the stage during its convocation ceremonies, taking those first few steps into their lives after earning their education.

“All of our grads are a source of pride for us at Northern,” stated Dr. Audrey J. Penner, Northern College President & CEO. “They reflect on us as much as we reflect on them, and each one has achieved something that was merely a dream a couple of years ago. This level of achievement, to be recognized like this is an outstanding moment for any student, we extend our sincerest of congratulations to Mr. Kennedy.”